The entrepreneurial spirit of the Donogh’s in the Pacific Northwest started when Stan Jr. established Donogh Homes, Inc. Previously, Stan had been employed in the home building industry for several years. After working his way up from laborer to superintendent in Spokane and Portland he returned to Seattle to head up Inland Homes as President. However, in 1962 he opened his own business, Donogh Homes, and began to develop and build in Factoria, Kirkland, Tacoma, Kent, Bothell, Juanita and Marysville as well as later expanding into the Florida market . He opened a commercial division in the mid 1960’s and also owned a lumber company and a plumbing company during those years.

Craig Donogh, second son to Stan and father Scott, started Donogh Enterprises in 1974 in Richland Washington. After building single family homes there for seven years, Craig, along with his wife and two young sons returned to their roots in Western Washington and began building in Renton, Kent, Covington, Federal Way and Seattle’s Eastside. He continued building and designing hundreds of homes until his death in 2002 at the age 52 after a courageous battle with pancreatic cancer. He is remembered by his family and the Seattle Real Estate community as hardworking, honest and fun loving. He is dearly missed by all who had the privilege to know him.

Scott and his older brother Ryan both worked as laborers and then supervisors at their father’s company. So as to not break with the tradition, Ryan started his own company, Donogh Construction, in 1998, which focused on building custom high-end homes. In 2002 Scott joined Ryan and together they built an average of 10 houses a year in the Renton area.

In 2005 Scott began his own business – Scott Donogh Homes. A year later he joined forces with two other business partners and created Northwest Exceptional Homes. Scott has been focusing on SDH’s since 2008. He has been building his business and building truly beautiful homes. 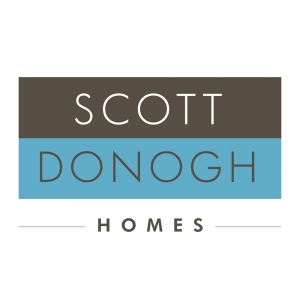